A new genetic abnormality has recently been identified in the Canadian Ayrshire population. 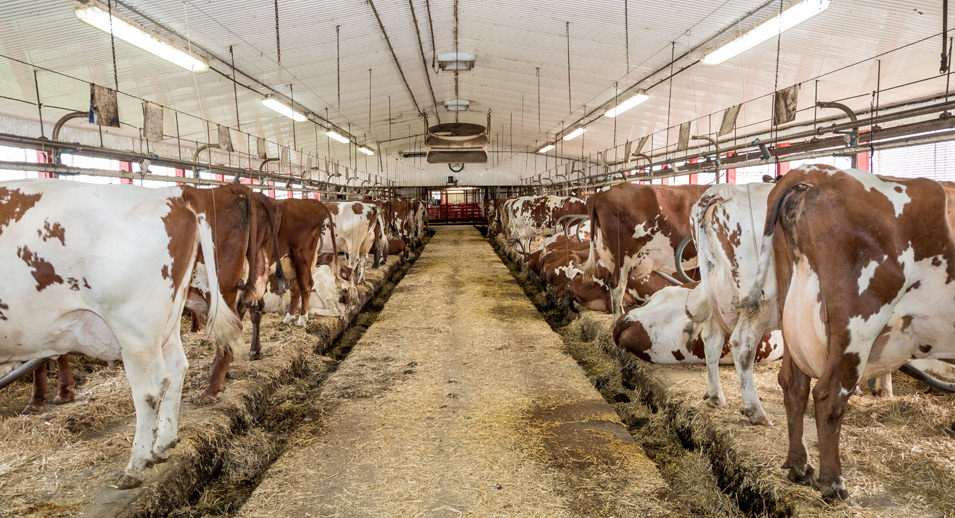 The formal name of this genetic defect is Arthrogryposis Multiplex (AM), but it is commonly known as Curly Calf Syndrome. Calves with this genetic defect are born deformed with stiffness in multiple joints and/or joints that are curved or hooked. This condition is lethal since it results in calves that are either stillborn or die shortly after birth. Due to their genetic makeup, affected calves are unable to produce an essential protein required for normal fetal development.  Without this protein, the joints of affected calves cannot develop properly and therefore result in the “curly calf” shape as they grow within the uterus.

Where did it come from?

In terms of genetic transmission, Curly Calf Syndrome is a recessive characteristic.  This means that animals that carry one copy of the causal gene, referred to as the AM gene, do not show any negative signs. However, 25% of pregnancies resulting from mating a carrier sire to a carrier dam will produce an affected calf. While this genetic abnormality is known to exist in some other beef cattle breeds, the presence of carriers in the Canadian Ayrshire breed only started in 2004.  It has taken several years for this undesirable gene to spread through the population to a point that carrier sires and cows are now being mated together. This resulted from the importation of semen of an elite progeny proven Swedish Red sire, named Peterslund (AYSWEM91213), who was born in 1997.  Now, in retrospect, it appears that Peterslund is the source animal of the gene deletion that has led to the Curly Calf Syndrome in the Canadian Ayrshire breed.

Following the discovery of the AM gene in the Swedish Red population a laboratory in Denmark developed a genetic testing service to separate “Carrier” animals, identified as AMC, versus those that are “Free” of this genetic defect, identified as AMF.  Through this service, as the main provider of Ayrshire semen in Canada, Semex proceeded to get several sires in its current active lineup tested. These initial AM test results have been shared with Lactanet for the development of tools and services to help Canadian Ayrshire breeders manage this genetic recessive defect in their herds. On an ongoing basis, more A.I. sires and females linked to the Peterslund bloodlines will be tested to identify those that are AMC (Carrier) versus AMF (Free).

One of the key tools developed by Lactanet is the calculation of an AM Carrier Probability for all Ayrshire animals in the database.  In addition to the genetic test results of AMC or AMF, displayed under each animal’s name on the Lactanet website, the AM Carrier Probability value will be provided on each animal’s Pedigree page. As for other genetic recessive traits and haplotypes that exist in each breed, the Lactanet website queries and filters will also include results for the Curly Calf Syndrome starting with the August 2021 genetic evaluation release.  Canadian Ayrshire breeders also have free access to the Compass software, which is an excellent tool for knowing the AM Carrier Probability for all females in their herd and for managing lists of Ayrshire sires that may be Carriers.

AM Carrier Frequency in Canadian Ayrshires

Based on all genetic test results currently available, Figure 1 shows the trend over time in the estimated percentage of Canadian-born Ayrshire heifers that are AM carriers. For heifers born from 2004 to 2012, the AM carrier frequency was less than 5%.  From 2012 to 2020, the frequency of AM carriers in the Canadian Ayrshire female population increased at an average rate of 2.2% per year, reaching the 20% level for heifers born in 2019.  For sake of comparison, Figure 1 also shows the trend in the estimated frequency of the two Ayrshire haplotypes affecting fertility (AH1 and AH2), both of which remain important with 15% to 25% of Ayrshire heifers born each year being carriers.

Figure 1. Trend in Percentage Carriers for Curly Calf Syndrome (AM) and the AH1 and AH2 Haplotypes Affecting Fertility in Canadian Ayrshire Females 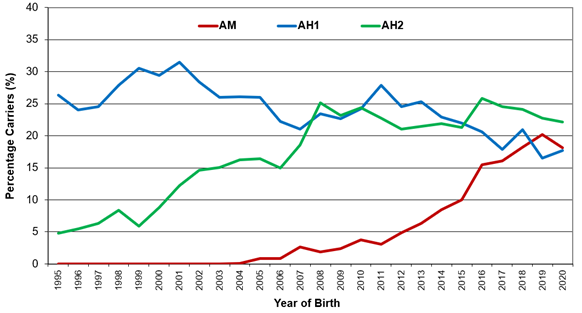 Figure 2. Distribution of Canadian Ayrshire Herds for Within Herd Carrier Probability for Curly Calf Syndrome (AM) 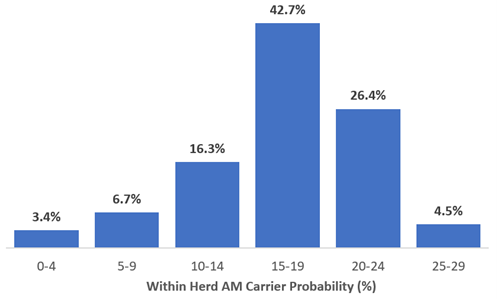 Genetic abnormalities exist in all dairy cattle breeds. Identifying the presence of Curly Calf Syndrome in the Canadian Ayrshire breed does not come as positive news.  That said, knowing that it exists and having a way to identify carrier animals, or those most likely to be a carrier, are the first steps to controlling its negative impact.  At the time of making mating decisions, it is important for Ayrshire breeders to know if the female is a possible AM Carrier and then avoid using a sire that is also a carrier.  With this strategy, you can eliminate the likelihood of producing affected calves and therefore control the negative impact of Curly Calf Syndrome in your herd and the Canadian Ayrshire breed.

By Brian Van Doormaal
Brian has dedicated his professional career of nearly 35 years involved in the genetic improvement of dairy cattle in Canada. He is well-known for his numerous extension articles and public speaking engagements in both official languages.
By Caeli Richardson
Download 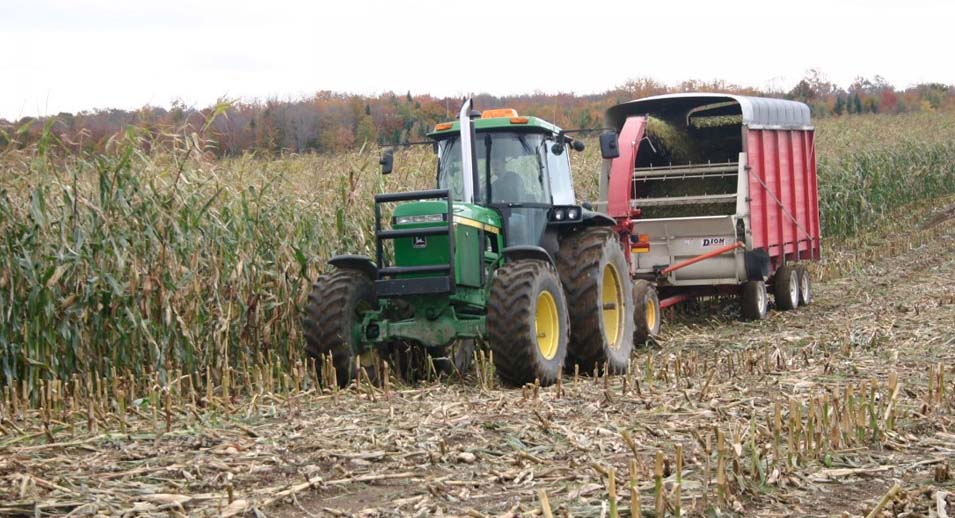 Mycotoxins in silage: An ounce of prevention is worth a pound of cure