Average lactation yields have steadily increased year after year. An observation at Canadian Dairy Network (CDN) is that the typical lactation curve has also gradually become flatter over time.  Basically, there are various ways that a cow can achieve high lactation yields. One may reach a very high peak yield early in lactation and gradually decrease her daily production levels to 305 days in milk while another may not peak as high early on but maintain consistent levels for a longer duration throughout the lactation.  This second cow is said to have a higher lactation persistency.

CDN has provided genetic evaluations for Lactation Persistency for over 15 years now but most producers do not realize its value as an opportunity to select for increased cow and herd profitability. Figure 1 shows the typical lactation curve for Holstein cows during the first three lactations. The average first lactation curve has lower daily milk yields and a lower peak production but decreases more gradually across the entire lactation compared to later lactations. Typical curves for second and third lactations are generally similar in shape although daily yields during third lactation are 5% higher on average. An easy way to understand lactation persistency is by thinking about how much milk a cow produces at 280 days in milk (DIM) compared to when she was at 60 days in lactation.  With this measure of persistency, first lactation cows average 75% while cows in second and third lactation have an average persistency close to 60% (Figure 1). 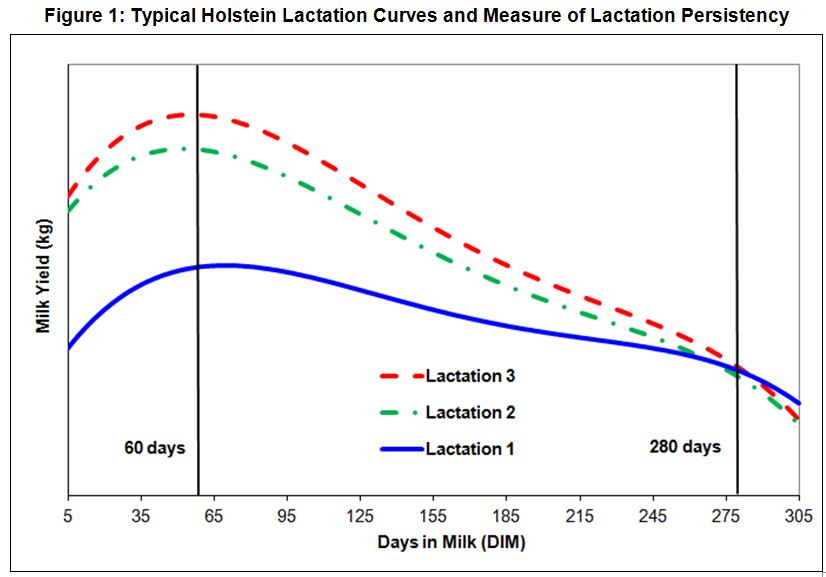 Genetic evaluations for Lactation Persistency are expressed on the usual scale applied for functional traits. The average sire in the breed receives a Relative Breeding Value (RBV) of 100 while the best sires surpass 115 and the poorest ones have a rating below 85. For every 5-point difference in RBV between sires, their daughters are expected to have a 3% increase in their average lactation persistency.

As an overall index, however, it is Pro$ that has the highest proof correlation with Lactation Persistency at 25%. While this is not a relationship that is extremely strong, it does indicate that selection for Lactation Persistency will contribute to having more profitable cows over their lifetime. This positive correlation also suggests that it is possible to select for both traits at the same time. Figure 2 shows the distribution of the Top 500 Pro$ proven Holstein sires by their proof for Lactation Persistency. Among this group, 76% have an RBV of 100 or higher and are therefore breed average or better while 34% are significant breed improvers with a rating of 105 or higher. A similar distribution also exists for the Top 100 Pro$ proven sires, which are the primary group of bulls used by breeders. 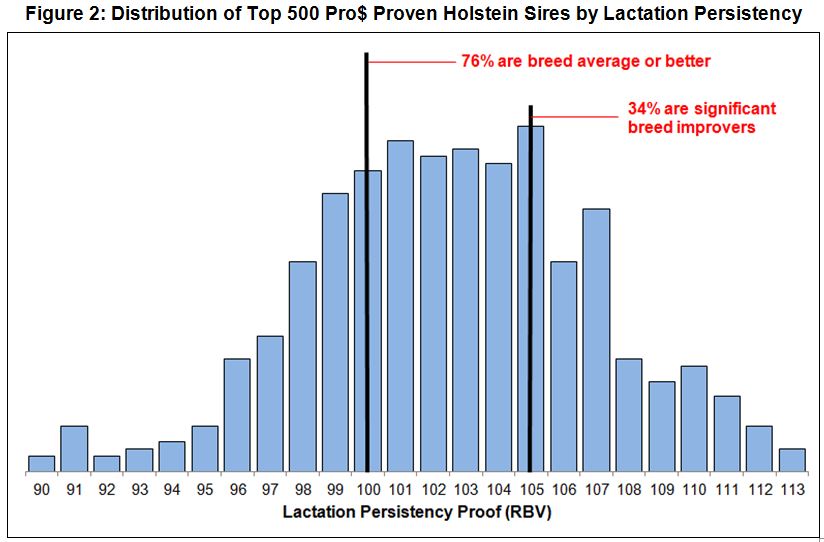 With the extensive portfolio of traits evaluated and published by CDN, it is difficult for producers to consider all of them in their genetic improvement program. Some key traits tend to receive attention from producers and are often considered when making sire selection decisions. Lactation Persistency is a unique trait evaluated in Canada that provides producers with the opportunity to select for increased lactation yields by having more persistent lactation curves. It also has desirable genetic correlations with reduced somatic cell counts and quality udders. In terms of overall selection opportunities, most bulls that are highly ranked for Pro$ are breed average or better for Lactation Persistency so it is possible to improve both traits simultaneously. 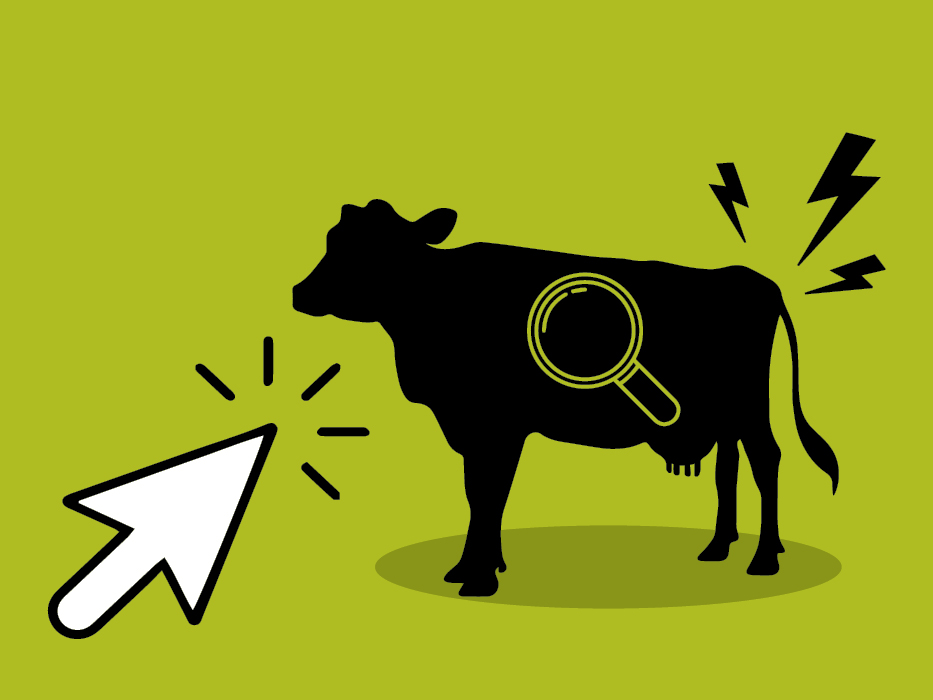 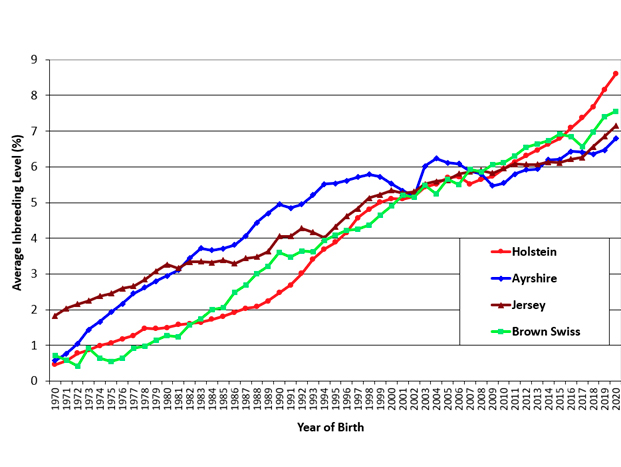