Introducing heifers to robotic milkers prior to calving – Part 1

Every heifer that calves in an automatic milking system (AMS) farm will need to adapt to this new equipment. It doesn’t come naturally to all cows, and individual animals differ widely, as is the case for many situations. So is it possible to speed up the learning process by training heifers before they calve?

Do heifers visit the robot as often as cows?

A study published in 2019 by researchers at the University of Minnesota (J. M. Siewert, J. A. Salfer and M. I. Endres) investigated whether heifers entering the herd lagged behind multiparous cows in their use of robotic milkers.

Figure 1 presents the amalgamated results from 31 farms that had been using a free-flow RMS for at least two years. Data extraction covers an average 18-month period for each of the farms.

Figure 1. Variation in the number of milkings by days in milk for first-lactation and multiparous cows 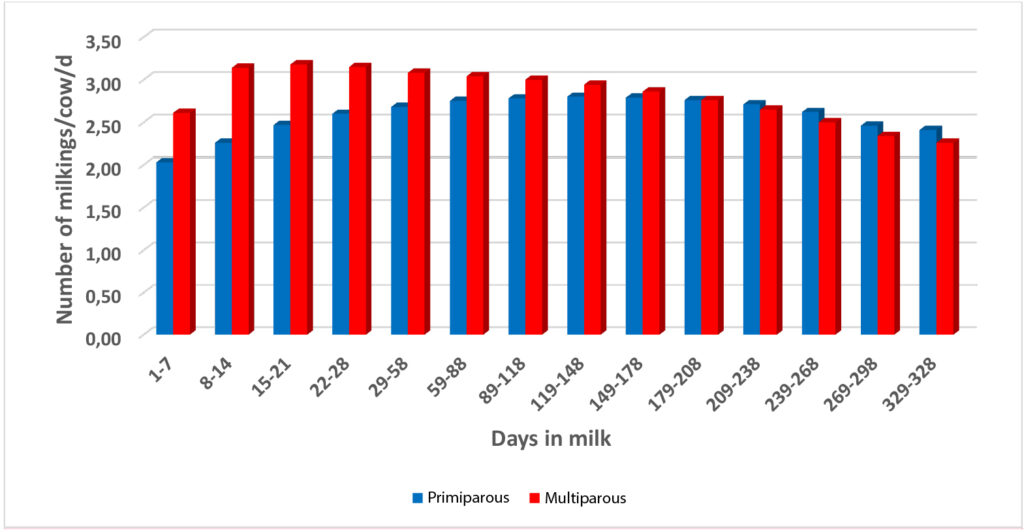 The researchers also compared milk yield between primiparous and multiparous cows. Although milk production seems to follow a normal curve in both cases, they found that in comparison to the expected average milk peak for primiparous cows versus mature cows, the AMS heifers in this experiment did not perform as well as expected. This tends to indicate that the delayed increase in the number of milking visits in early lactation leads to lower milk yields.

And when heifers are trained before calving?

In another study conducted by other researchers at the same university (M. Peiter et al., 2018, University of Minnesota), a test was developed to measure the effect of training heifers to use a robotic milker before they calve. The researchers chose a farm with eight robots. They compared the number of milkings per day for untrained heifers throughout the year of 2016 with the milking frequency of heifers that were trained to enter the RMS prior to calving, during a seven-month period in 2017.

The heifers were trained twice a day during the two-week period preceding calving. They received 1 kg of concentrate at every visit to the robot. The milking arm remained stationary. Figure 2 shows the differences between trained and untrained heifers:

Figure 2. Variation in the number of milkings by days in milk for trained and untrained heifers 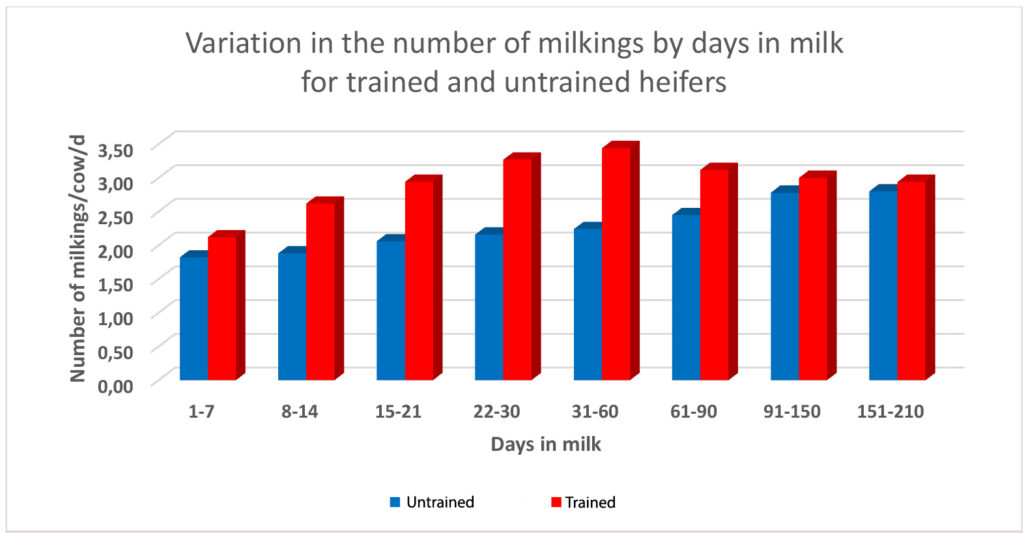 One extra milking and more milk

The difference is major, with trained heifers quickly outdoing the previous year’s untrained heifers. For the period from 22 to 60 days in milk, the disparity was equivalent to more than one milking. A rapid increase in the number of milkings is highly beneficial and certainly results in increased milk production and better peak milk yields.

In short, training heifers to access the AMS before calving is certainly a worthwhile investment of time, and it should improve the return on your investment in robotic milkers.

In my next article, I’ll focus more specifically on how training influences milk yield, in addition to offering some practical advice on training. 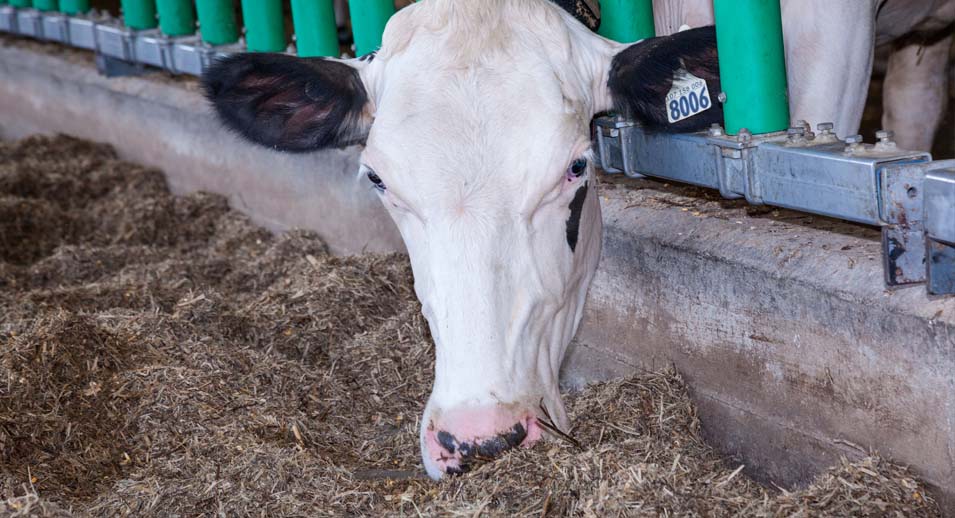 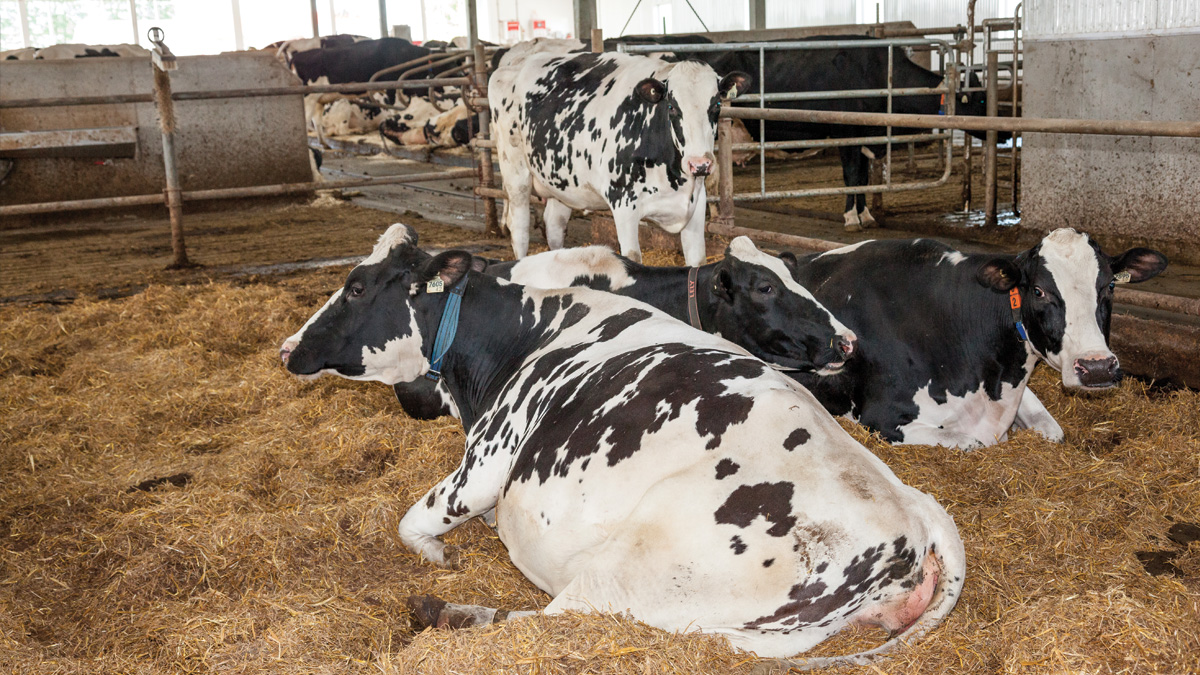 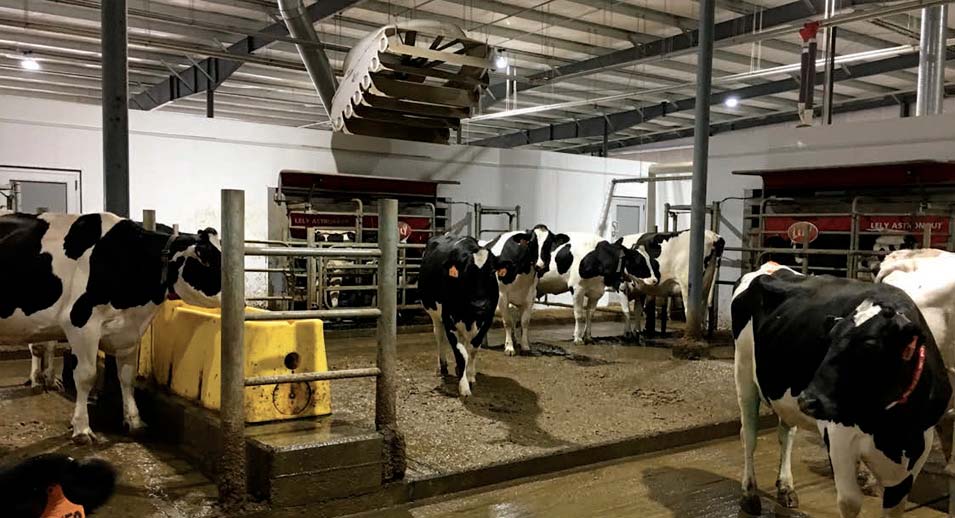