On farms with robot milkers, the cows decide how many times a day they are milked by the robot. Like other stresses, (environmental, herd management or herd health) heat stress is likely to be more detrimental to herds with milking robots. Luckily, you have access to more data that can help you detect the negative effects of heat stress earlier.

Last year, there was an extreme heat wave at the beginning of July. Temperatures in the first five days rose to above 30 degrees Celcius and the humidex was above 40 on three of them. The specifics from each of these days are listed in the table below.

Among the parameters measured by the robot, rumination is probably the most efficient at measuring heat stress. Rumination is not only efficient at measuring a deterioration in animal health, but is also a good indicator of the amplitude of heat stress. The following data was taken from eight farms in the Centre-du-Québec and Estrie regions during the heat wave. These farms were randomly chosen and do not necessarily take into account the equipment used to minimize the impact of the heat.

Graph 1. Variation in Rumination according to Outside Temperature during the July 2018 Heat Wave 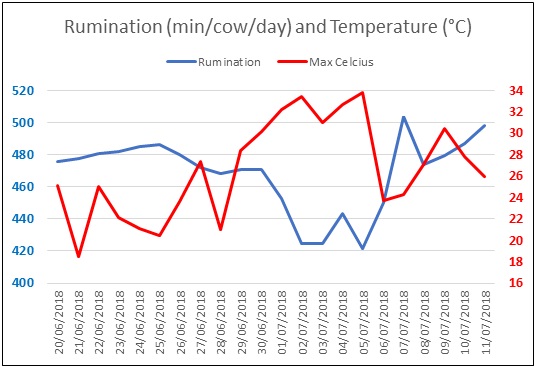 As you can see, the variation in rumination is opposite to that of temperature (°C). Rumination began to drop on June 30th and the very low rate of rumination recorded on July 2nd coincides with the peak temperature for this same date. The peak temperature for July 5th corresponds to the very low rumination data for the same date. Rumination dropped from 470 to 425 minutes per day, a decrease of 9.6%. On July 6th, when the temperature went back to normal, rumination also returned to normal. There is, therefore, a good correlation between rumination and temperature. Robot reports can help you to follow cows on an individual basis and identify those that are affected the most so that you can focus more specifically on those cows. Some reports can also be personalized to provide a daily herd average.

Graph 2. Variation in Rumination and Milk Production during the July 2018 Heat Wave 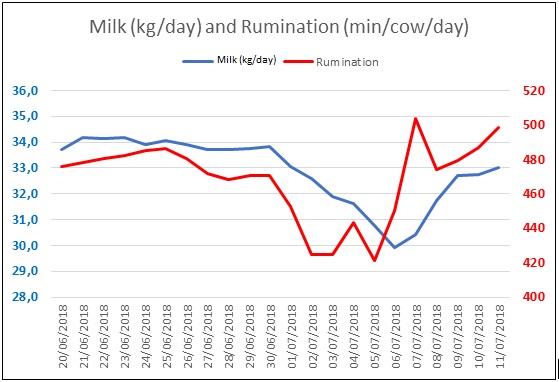 When it is hot outside, cows are less inclined to go to the robot to be milked and this can result in a drop in the number of milkings. When the number of milkings drops, the allotted amount of concentrates per feeding is higher and the cows will often not eat all of the concentrates they were expected to. This explains the variation in the robot parameters during this heat wave.

Graph 3. Variation in Number of Milkings and Percentage of Refused Feed during the July 2018 Heat Wave 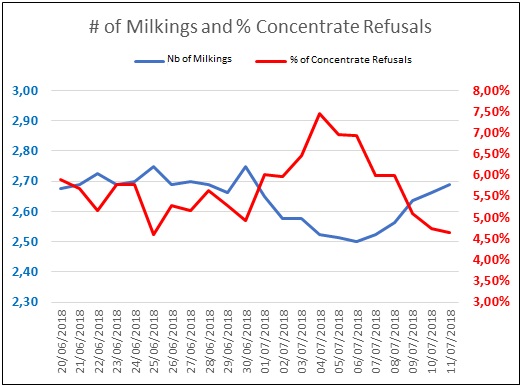 An increase in concentrate refusals can be doubly detrimental. During periods of heat stress, a cow’s intake of partially mixed ration will often drop, and at the same time, they are penalized at the robot where concentrate intake is also lower. This can contribute to a heightened drop in production.

Furthermore, because there is an increased amount of concentrates per meal, the risk of acidosis is also higher.

The solutions with robot milking are quite similar to those used with other milking systems: 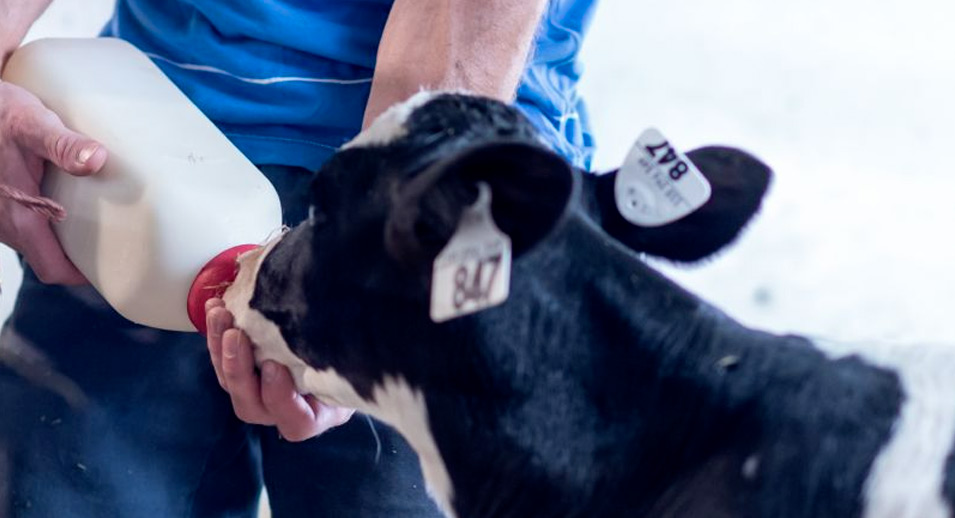 Beat the heat on your herd, thinking out of the “lactating cow” box 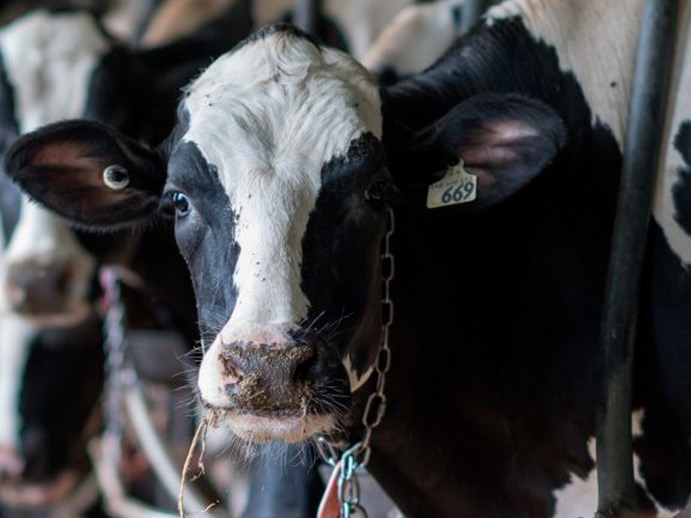 Beat the Heat with Genetics 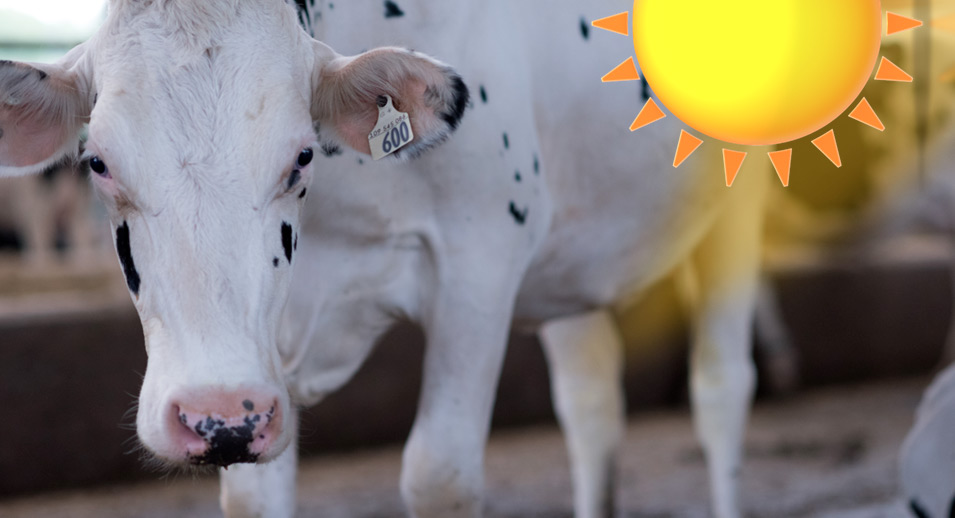 Are your dry cows too hot?