Feed is a major expense on every dairy farm with more than half of on-farm production expenses being related to feed. Some animals are more efficient at converting feed into milk production – the primary source of income for dairy producers. This difference highlights the opportunity to improve Feed Efficiency by using genetic selection. Dairy farmers pay close attention to make sure they are optimizing on-farm feed usage – now it will start with the cows.

What is Feed Efficiency?

Feed Efficiency is a measure of an animal’s ability to convert feed at the bunk to milk in the tank. An animal’s feed efficiency is measured by looking at the difference between how much you think an animal will eat, compared to what they actually do consume. A cow that eats less than expected, without losing body condition or decreasing production, is more efficient. Using this idea, we can account for the differences in feed consumption we see between animals due to their production level or body weight – and target true metabolic feed efficiency.

Feed efficiency is complex, and it’s influenced by many biological mechanisms. It requires in-depth, detailed records on many characteristics of the cow. The most important is individual daily dry matter intake, which is expensive and labour-intensive to measure. Thanks to the introduction of new advanced technologies such as genomics, and the way we’re collaborating with other countries for data, we can now start to target the true metabolic efficiency of dairy cattle. Lactanet was involved in funding a major international research initiative, led by Canadian scientists, working to combine data from different countries to make genetic tools that improve feed efficiency in dairy cattle a reality.

Lactanet uses raw data from Canada and multiple other countries to ensure that our published Feed Efficiency RBVs are as reliable as possible by including data collected on cows in both research and commercial herds. Currently, we use daily feed intake and body weight data collected on individual cows in various herds, including three in Canada, eight in the US, and three others internationally. This allows us to accurately measure the cow’s individual feed intake and then consider the energy required for maintenance and production. Our goal is to improve metabolic feed efficiency, not just reduce feed intake.

Canada’s new Feed Efficiency evaluation focuses on selection for improved biological efficiency without affecting production levels, body size or transition period. In early lactation, cows are already under stress as they transition from dry cows to the new energy demands of lactation. Only data from after 60 days in milk is included in the evaluation to avoid decreasing feed intake in early lactation and prevent negative energy balance. This method targets inefficiencies in feed conversion and prevents additional stress during the transition period.

Genomic evaluations for Feed Efficiency are calculated using a state-of-the-art methodology called “Single-Step”, which calculates genomic evaluations by simultaneously using all pedigree, performance and genotypic information. Feed Efficiency has a heritability of approximately 5% and an average Reliability of 43-44% for genomic young bulls in A.I., as shown in Figure 2. For the relatively few genotyped proven sires that have daughters with recorded feed intake data, the Reliability of Feed Efficiency values surpass the 70% mark and currently average 82%. As more feed intake data continues to be collected, both in Canadian herds and via our international collaborations, Reliability levels will gradually increase.

Like all functional traits, Feed Efficiency will be expressed as a Relative Breeding Value (RBV) with an average of 100 and general range from 85 to 115. For sires, the higher the RBV, the more efficient their daughters are expected to be in converting feed to milk production. This new trait targets Feed Efficiency in cows after peak lactation, minimizing stress during the transition period. For every 5-point increase in a sire’s RBV for Feed Efficiency, the daughters are expected to reduce their total dry matter intake after peak lactation by 60 kg – each and every lactation.

Starting with the April 2021 genetic evaluation release, Feed Efficiency RBVs will be available for all Holstein females that are part of the animal inventory reported to Lactanet for herds enrolled on its milking recording services, including eDHI. For sires, genotyped Holstein sires in A.I. will also have Feed Efficiency published.

Association with Other Traits

Feed Efficiency is essentially uncorrelated with most of the key traits currently included in Lactanet’s genetic evaluation services (Figure 3). There is a slight positive relationship between Feed Efficiency and the production component yields, as well as LPI and Pro$, but these are not strong in magnitude. This result is expected since energy corrected milk is a weighted composite of the production traits and not representative of fat, protein or milk yield individually. 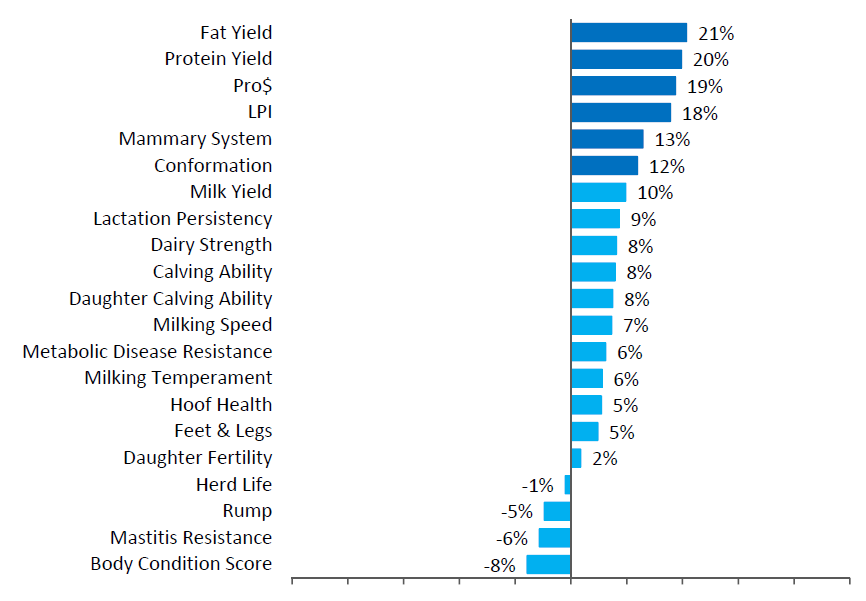 Neutral relationships with correlations of 10% or less are depicted in light blue.

Outside of Canada, evaluations for feed efficiency in the United States and Australia have been expressed as Feed Saved.  In the US, the published evaluations reflect a combination of the reduced feed used by animals that are efficient as well as lower feed consumption normally required by animals of smaller body size due to lower maintenance costs. Feed Efficiency in Canada is completely independent from body weight (size) – so farmers have more control over their selection decisions.

A new research initiative, called the Resilient Dairy Genome Project, is the next generation of international initiatives working to continue combining data sets, delivering high-quality feed intake data, and improving feed efficiency in dairy cattle. Using the collective global data, Canada now has a genetic selection tool for improving Feed Efficiency. The next steps will be investigating the inclusion of Feed Efficiency in our national selection indexes – LPI and Pro$.

Feed Efficiency is not yet included in the LPI or Pro$ formula but inclusion in these indexes will be considered in the future, after more research and experience with these new evaluations. Using Feed Efficiency RBVs is a simple, non-intrusive way of ensuring your cows are making the most of their feed – just like you are. 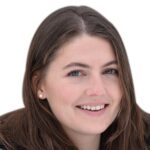 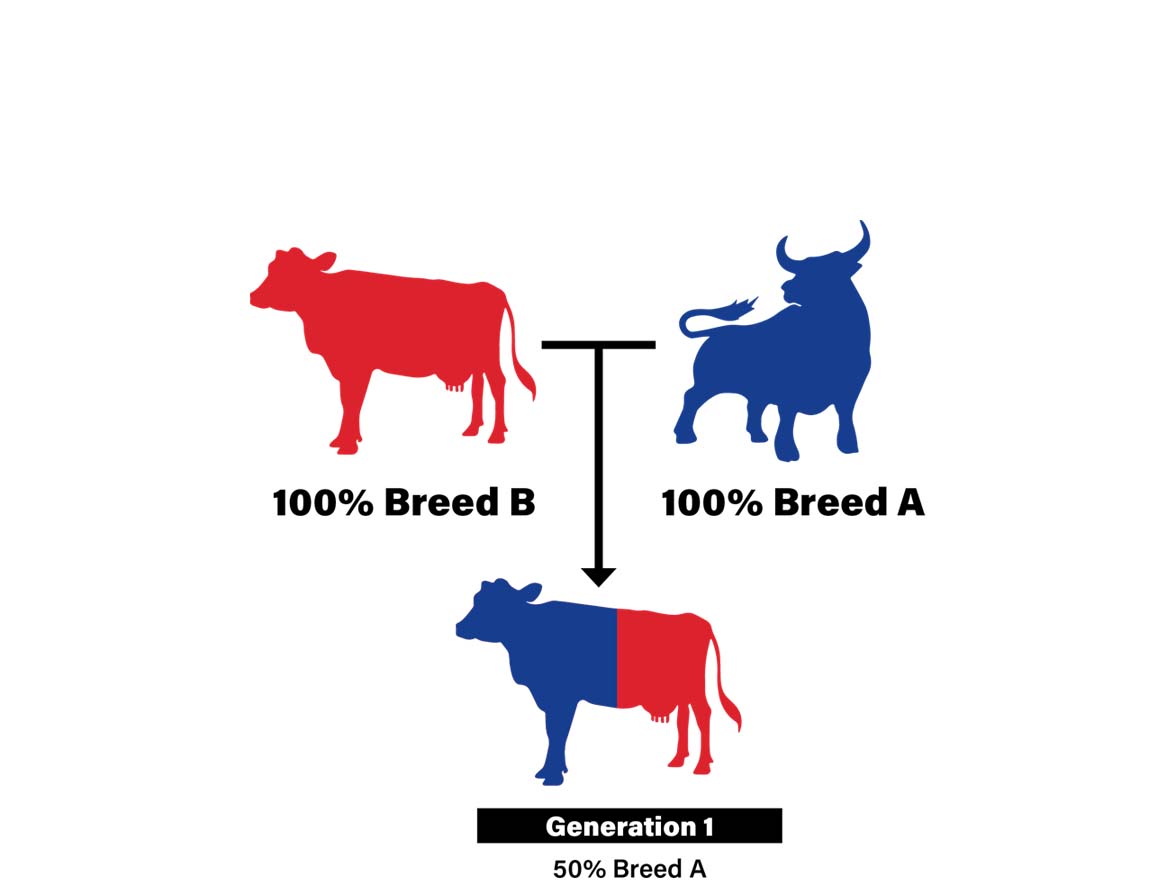 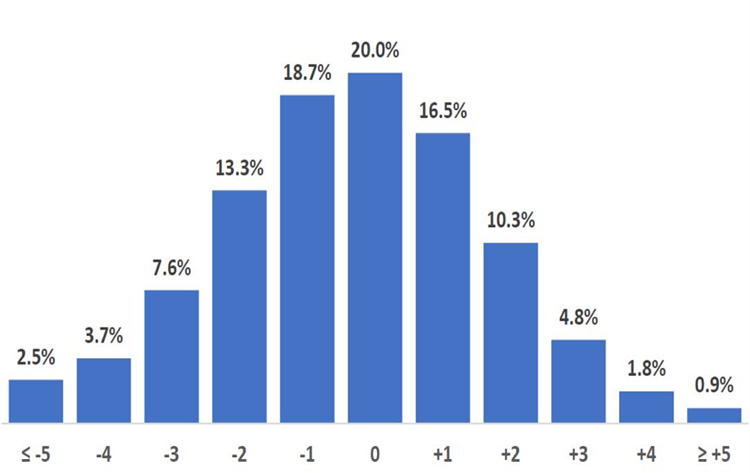